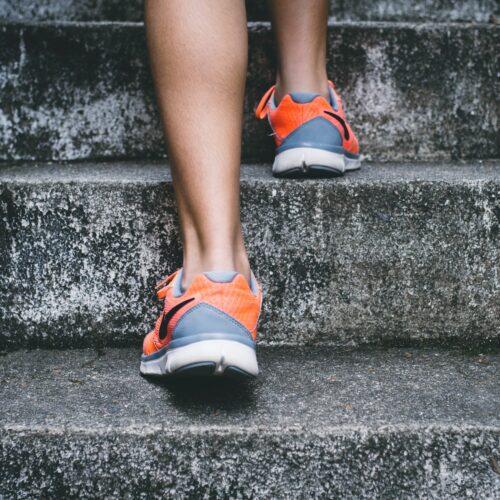 This decision by the Therapeutic Goods Association (TGA) should be welcomed as a small step for womankind … but it’s not nearly enough to overcome the prevalent gender bias in treatment of menopausal women, says Susanne Mitchell, author of ‘The Naked Truth About PERIMENOPAUSE’. 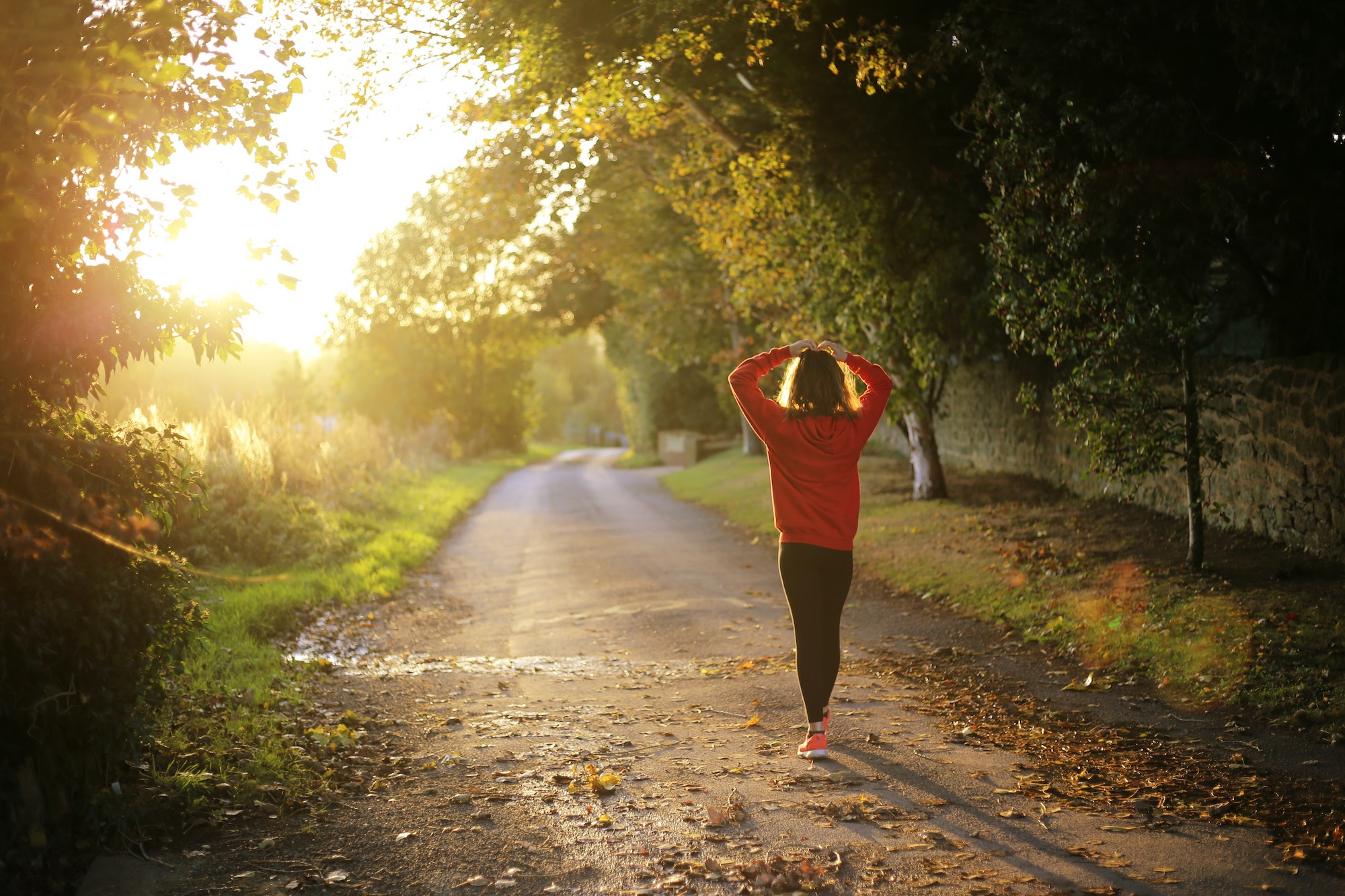 The TGA took decades to make this decision, yet AndroFeme® 1 has only been approved for use in women with hypoactive sexual desire disorder (HSDD) and not for use in treating symptoms of menopause. The use of testosterone to help women with anything other than HSDD is controversial despite it being prescribed for symptoms of ‘relative androgen (testosterone) deficiency’ in both premenopausal and postmenopausal women for more than eighty years.

“It’s outrageous that it’s been so difficult for women to access the same treatment options for mid- and later-life loss of sex drive as their male counterparts until now, and that this product is available only here in Australia, not across the world,” says Ms. Mitchell. “But what’s more outrageous is that women are still deprived of access to this hormone to treat other important menopause-related symptoms and the subsequent chronic diseases that develop from the loss of important reproductive hormones.”

Ms. Mitchell asserts that this gender bias has been prevalent for many years, and the circumstances continue to worsen with existing guidelines which outline the industry’s recommended approach to testosterone treatment for women. Some medical professionals have raised concerns about the impact that commercial conflicts of interest may have on these guidelines, which direct the diagnostic and treatment decisions that actually inform the standard of care that practitioners use.

Ms. Mitchell asserts that this gender bias has been prevalent for many years, and the circumstances continue to worsen with existing guidelines which outline the industry’s recommended approach to testosterone treatment for women.

“After suffering symptoms of perimenopause through my forties without understanding what they were, I was told to reduce stress and was offered antidepressants through this time instead of menopausal hormone replacement therapy (MHT/HRT),” Ms. Mitchell says.

“When I entered the final year that led to menopause, my cognitive function had declined to the point where I thought I had dementia. I could barely function, and I was so exhausted my doctor tested me for other chronic diseases. But it was only when the hot flushes kicked in on an hourly basis that I was prescribed oestrogen and progesterone.”

This fixed the hot flushes but not her cognitive function and fatigue. Ms. Mitchell couldn’t understand why testosterone wasn’t part of menopausal hormone therapy and so started to review available data and academic research on the use of the so-called ‘male’ hormone, in women.

There’s a common misperception that women’s bodies do not produce much testosterone. But testosterone is the most abundant biologically active hormone throughout a woman’s lifespan, and it plays an important role in healthy women. Through their lifetime (excluding pregnancy), women make ten to fifteen times more testosterone than oestrogen. Testosterone levels drop in the years prior to and during menopause. This decrease causes similar symptoms of deficiency in women as it does in men, and it occurs earlier in a woman’s life compared to men.

Ms. Mitchell couldn’t understand why testosterone wasn’t part of menopausal hormone therapy and so started to review available data and academic research on the use of the so-called ‘male’ hormone, in women.

Ms. Mitchell decided to try testosterone therapy to help her cognitive function and fatigue, but it wasn’t available through her GP, so she found a menopause specialist who was prepared to prescribe it off-label. Seven to ten days into testosterone therapy, her devastating brain fog began to clear and she started to feel far less fatigued.

Months into treatment, her symptoms had turned around. Mitchell became angry at how hard it is for women to access all the options to treat hormone deficiency, and she questioned why testosterone therapy was so difficult to access for treatment of menopausal symptoms.

So Ms. Mitchell, a writer and media professional, entered into nine months of research to write her recently released book, The Naked Truth About PERIMENOPAUSE: Secret Menses Business, What women (and those who love them) need to know about the transition to menopause.

“I had no idea what was going on through perimenopause or what to expect beyond that, so I felt it was important to share the knowledge I gained with others. In the book I bust some of the myths around traditional menopausal hormone therapy, take a deep dive into testosterone therapy, compounded and bio-identical hormones, and review other natural and alternative treatments.”

She also shares her experience, offering context to ‘conventional medical thinking’ and the very real gender biases women face in the treatment of their hormonal health.

“We experience the loss of libido at the same rate as men and yet have more prevalent and often devastating menopausal symptoms due to loss of our reproductive hormones and testosterone,” she says. “But testosterone isn’t considered for anything other than fixing a woman’s sex drive. What does that say about gender bias in the treatment of women’s hormonal health? It’s okay to fix us so we can perform in the bedroom but not to help us manage the often devastating symptoms of menopause? It’s our hormone too, and we need better access to it and more options for treatment.”

What the experts say

Through her research for the book, Ms. Mitchell sought the opinions of eminent thought leaders, professors and specialists in women’s health. Dr. Angela DeRosa DO, MBA, CPE, an American specialist in women’s hormonal health who contributed her expertise to the book, writes,

“If you were to put a gun to my head, I’d choose testosterone over oestrogen; although hot flashes and night sweats (as well as other symptoms of oestrogen deficiency) suck, testosterone deficiency is much more impactful. When deficient, women start to develop mood disorders (depression, anxiety, panic attacks), impaired cognition, migraine headaches, weight gain and all the cardiovascular risks that follow, as well as inflammation, which puts women at risk of cancer, including breast cancer. And let’s not forget that testosterone deficiency also leads to the death of our sexual being, which then predisposes us to relationship problems.”

The author also entered into personal correspondence with Dr. Rebecca L. Glaser, MD, FACS, a retired breast cancer surgeon and an assistant clinical professor at Wright State University in Ohio, USA. Dr. Glaser is currently involved in research on testosterone therapy and its impact on health and breast cancer prevention, has authored many peer-reviewed papers and also treats men and women with subcutaneous testosterone therapy. She refutes many of the myths and misconceptions that currently exist around testosterone therapy in women and agrees that testosterone is essential for both our physical and mental health.

Through her own research and discussion with others struggling to manage the transition to menopause, Ms. Mitchell says she would like to see women treated with more respect and empathy through this period in their life. She says that symptoms can have a major impact on a woman’s quality of life, affecting her mental health and ability to function. This can cause a knock-on effect and sometimes devastating consequences for her relationships, family and career.

“It’s okay to fix us so we can perform in the bedroom but not to help us manage the often devastating symptoms of menopause? It’s our hormone too, and we need better access to it and more options for treatment.”

She believes that medical practitioners need to become more educated around menopause and acknowledge the perimenopausal transition – which can happen as early as 10 years before the last period. Ms. Mitchell says that women should also educate themselves in order to demand better treatment by their healthcare providers.

“By embracing our personal transition and sharing our experience, strength and hope, we become advocates for change within society. We are better placed to lobby and challenge health professionals and workplaces for more understanding and less prejudice. But we also empower our communities; women, especially the wiser older women, are surely the bedrock of all societies,” she says. “Raising awareness is vital.”

Exposing the cracks of the commercial side of medicine, The Naked Truth About PERIMENOPAUSE is vital for every woman who wants to understand the challenges of hormone deficiency and take back control of their health.

Let’s change the thinking that it’s an end rather than a beginning, starting today. Share your menopause story with us in our Facebook group and join in the conversation. Read reviews here.