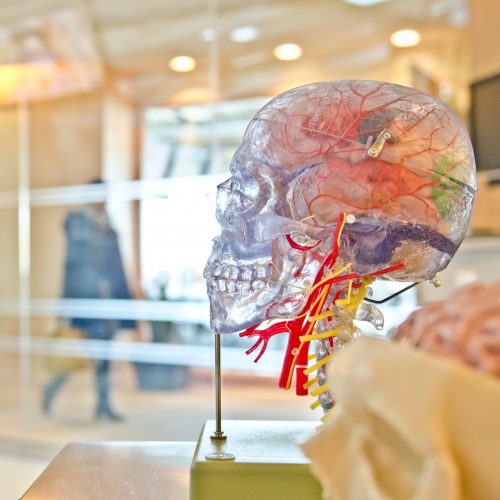 Hormones are Key in Brain Health Differences Between Men and Women

Continuing our discourse around women’s hormonal health, gender bias in medicine and reporting the truth around the transition to menopause, this article by Laura Williamson for the American Heart Association News is worth a read, especially if you’re interested in cognitive decline as we age.

Medical science has come a long way since the days of “bikini medicine,” when the only time doctors managed a woman’s health differently than a man’s was when treating the parts of her body found under a bikini.

Over the past few decades, researchers have uncovered countless ways in which women’s and men’s bodies react differently to the same diseases. And just as it’s now widely recognized women experience heart disease differently than men, scientists are beginning to understand why the sexes experience illness differently in another vital organ – the brain.

It’s not that male and female brains are built differently, said Lisa Mosconi, director of the Women’s Brain Initiative at Weill Cornell Medicine in New York. It’s that they age differently.

What’s driving these disparities? While multiple factors are at play, Mosconi said, it’s hormones – testosterone in men and estrogen in women – that are the orchestral conductors of the brain. They are responsible for whether it performs well, or not.

“We are used to thinking of sex hormones as important for fertility and reproduction,” Mosconi said. “But hormones also play crucial roles in brain health.”

Estradiol, the type of estrogen produced by the ovaries during a woman’s reproductive years, is the most important driver of brain health, said Dr. Kejal Kantarci, director of the Women’s Health Research Center and a radiology professor at Mayo Clinic in Rochester, Minnesota. Her research suggests longer exposure to estradiol may offer some protection to the brain.

In a 2020 study published in Brain Communications, she showed women with longer reproductive periods – measured from the time they start menstruation to the time they enter menopause – were better protected against progressive forms of multiple sclerosis. The study also showed the more pregnancies a woman had, the less her disease progressed, suggesting that the flood of estrogen during pregnancy increased protection.

Losing estradiol, on the other hand, can harm the brain. The end of a woman’s reproductive years and the accompanying drop in estradiol triggers numerous brain changes, some of which, researchers are learning, may not become evident until decades later.

For example, studies show Alzheimer’s disease, typically diagnosed in a woman’s 70s, likely begins to develop while she is still in her 50s. Mosconi’s research found evidence that amyloid plaques, the proteins associated with the development of Alzheimer’s disease, were already accumulating in the brains of women as they transitioned to menopause, though the women showed no evidence of cognitive decline at that age. She also found shrinkage in the memory centers of the women’s brains.

“We never talk about Alzheimer’s disease as something that happens in midlife,” Mosconi said. “But for women, that’s the timeline we need to think about.”

There are other signs the brain is changing at midlife, when the loss of estradiol makes women more vulnerable to disease, Mosconi said. Studies have shown an increase in anxiety, depression, multiple sclerosis and other immune disorders during menopause. “For women with a predisposition to these conditions, this is when the condition seems to get activated.”

Mosconi has used imaging to track brain energy levels, showing that, on average, it “declines by 20% or more during menopause.” Men at the same age showed no changes, she said, which could be because they don’t typically experience a hormone decline as rapidly or as early as women do.

But more estrogen isn’t always better, Kantarci said. “You can’t just say estrogens are good for you. It’s not that simple.”

A growing body of research suggests that it’s not just about how much estrogen a woman’s brain gets exposed to – but when.

For example, a 2005 review published in The Lancet Neurology about clinical trials in postmenopausal women 65 or older showed women who received hormone therapy, including estrogen, had an increased risk for dementia and other types of cognitive decline.

But a more recent study in 2019 in the journal Menopause found taking estrogen therapy earlier – within the first five years of menopause – might protect against cognitive decline. It also showed women exposed longer to natural estrogen because of more reproductive years had better cognitive function later in life.

Kantarci’s work supports the idea that the transition to menopause offers a critical window for intervention. Her research found women given estradiol in a patch during their 50s showed less brain shrinkage in later years. “The front of the brain, which is used for decision-making and attention, was relatively preserved,” she said. “It did not decline as much as it did in the placebo group.”

In an ongoing study, she and her team will continue to explore whether hormone therapy given during the transition to menopause is associated with any long-term cognitive impacts.

But Kantarci cautioned against placing all the blame on hormones.

Thank you to the American Heart Association for this article.

Copyright is owned or held by the American Heart Association, Inc., and all rights are reserved. Permission is granted, at no cost and without need for further request, for individuals, media outlets, and non-commercial education and awareness efforts to link to, quote, excerpt or reprint from these stories in any medium as long as no text is altered and proper attribution is made to American Heart Association News.

Other uses, including educational products or services sold for profit, must comply with the American Heart Association’s Copyright Permission Guidelines. See full terms of use. These stories may not be used to promote or endorse a commercial product or service.

HEALTH CARE DISCLAIMER: This site and its services do not constitute the practice of medical advice, diagnosis or treatment. Always talk to your health care provider for diagnosis and treatment, including your specific medical needs. If you have or suspect that you have a medical problem or condition, please contact a qualified health care professional immediately. If you are in the United States and experiencing a medical emergency, call 911 or call for emergency medical help immediately.

I’ve recently published a book called The Naked Truth About PERIMENOPAUSE, because it was such a fight to get the help I needed as I transitioned to menopause. In the book I investigate HRT, testosterone, and thyroid. For me, the most eye-opening discoveries were around testosterone therapy and how difficult it is to get prescribed.

Plus I report on bioidentical and compounded hormones. I also look at non-hormone medications, natural and complementary therapies. I’ll give you tips for finding a sympathetic doctor, plus what to take with you to your appointment.

This book is for every woman (and those who love her) who want to understand the challenges we face approaching menopause and take back control of their health and their lives.